Stella’s birthday bug party was a lot of fun and a success! From what I hear the kids had a good time and same with Stella. She’s already asking when her next birthday party will be. Stella wore her bumblebee Halloween costume from last year. 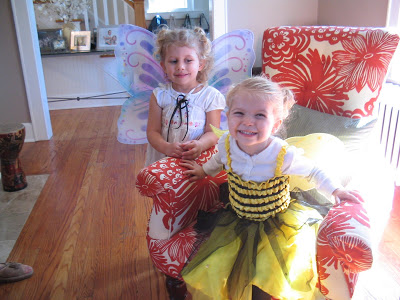 For table decorations, I got a few gerber daisy pots and put little bug stakes in them and throw a whole bunch of plastic bugs on the table. Of course, we placed gummy worms in little bowls–they were gone fast! One Sunday, Stella helped me decorate styroform balls with tissue paper and we made a bumblebee, catepillar and ladybug for the yard decorations. I also made large butterflies out of tissue paper, clothing pins and pipe cleaners. We had these buggies scattered around the backyard. 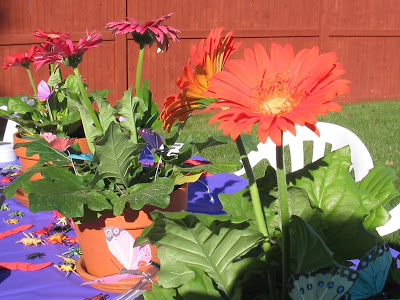 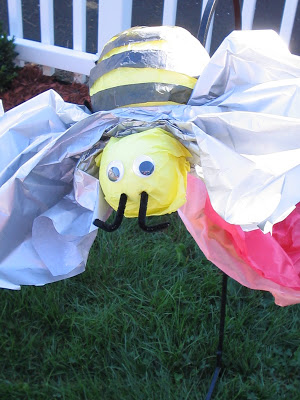 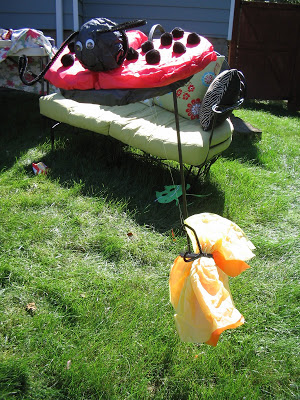 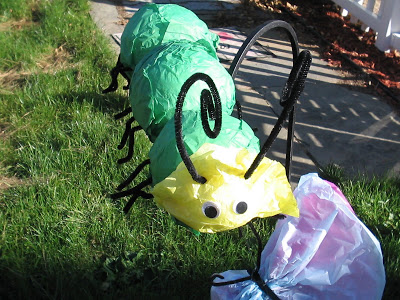 Once the kids arrived, they decorated bug catcher boxes with markers, glue art, crayons and stickers. They also each got a bug mask to wear during the party. After the art project, it was game time with Grasshopper Seth. They played “Spot the Ladybug”–each child licked an Oreo cookie and tried to stick it to the ladybug. The next game with “Flyswatter Race”–it was a relay game. Each child had to run to one side of the yard without dropping the bug on a flyswatter. This got a little confusing since some of the kids were a little too young. But they still had fun and they ended up just running after each other wearing their silly bug masks. 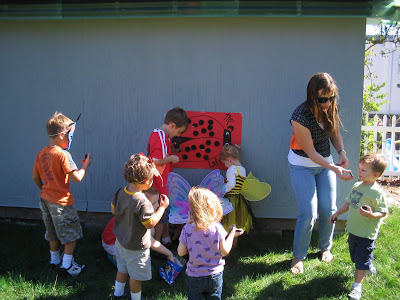 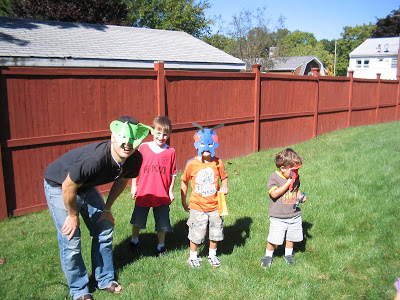 After the games, we had lunch: On the Menu: bug salad–a combination of catepillar coccoon (green grapes), green-speckled red beetles (strawberries), black beetles (blackberries). Butterflies (soft pretzels). Wrapped worms (hot dog in a bun). Beetle juice (grape juice). After lunch, they got to hit the orange bug pinata, which was filled with candy and more bugs. No one broke it open, so Seth had to mash it. Then it was cake and cupcakes–singing Happy Birthday to Stella. It was very windy outside, so no candles. 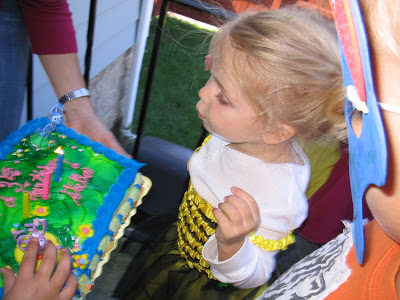 By now the kids were on a complete sugar high. I think they all had eaten their cookies, candy and cake, so we opened presents. It was fun watching the kids get excited as Stella would open their present, and she’s been busy playing with them since. 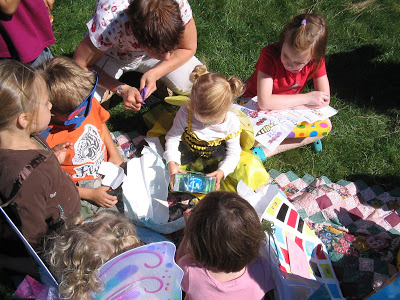 After opening presents it was about time for the party to end, so for the big finale we had a bug hunt with LIVE buggies. Each kid took their decorated bug catcher box and were ready for the release of 100 crickets and 1500 ladybugs. It was hilarious! Many of the girls were shirking in delight but some of them were crying. The boys were scrambling to catch them. Seth and I were helping catch some of the buggies for the girls. At one point Lucas had five ladybugs crawling on his face. A cricket landed on Stella’s shirt. It was a lot of fun. I wish I got it all on video camera because it was definitely a sight to behold, but yet again we had technical difficulties. Oh, well. The kids got to take home their new little friends, along with a little windmill and their bug masks. Whew! I even got into the festivities and wore bopper head antennaes. 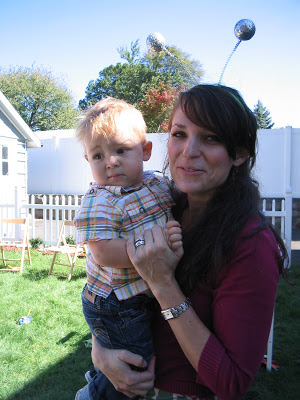 « Coming Soon
I did it! Race Completed! »