I’ve finally gotten around to throwing a birthday party for Lucas. His big day was a month ago. We were traveling, and there was no celebration. He didn’t even have a cake. I probably would of moved on with life, but he still thinks he is two and there is no convincing that he is three unless there is a party. That’s how we roll. There’s always a big hoopla for everything. So, he has chosen yet again a car party, but more specifically a monster truck party. Here are the invites. Designed in photoshop. I accidently bought folded cards instead of envelopes, so instead of returning I glued two edges to create a pouch envelope. I think they came out cute. 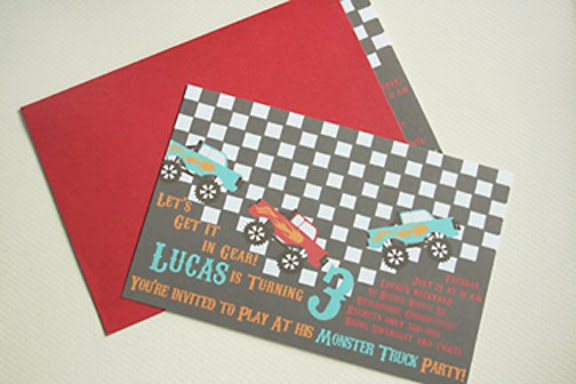 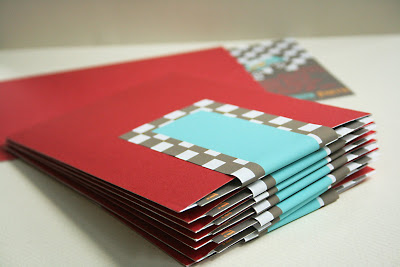